To keep up to date with all the latest news, offers and updates from PL Machinery, simply enter your details below...

The Rapid Guillotine System speeds up the recycling of edge trimmings. Two guillotines, one for each trimmed edge, are incorporated into a system that continuously cuts edge trimmings coming directly from a sheet extrusion line into small pieces. The guillotined pieces fall onto a band conveyor that transports them to a granulator.
Alternatively, the Rapid granulators can be tailored to take care of edge trimmings. A Roll Feed System fitted on a granulator pulls in continuous strips of edging directly after they have been trimmed off from plastic sheets or foil coming from an extrusion line. 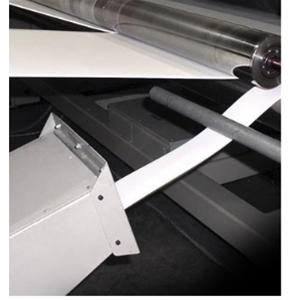 Download the brochure by clicking the link above. This will contain detailed specifications, features and further useful information.

Browse by Brand
Browse by Product